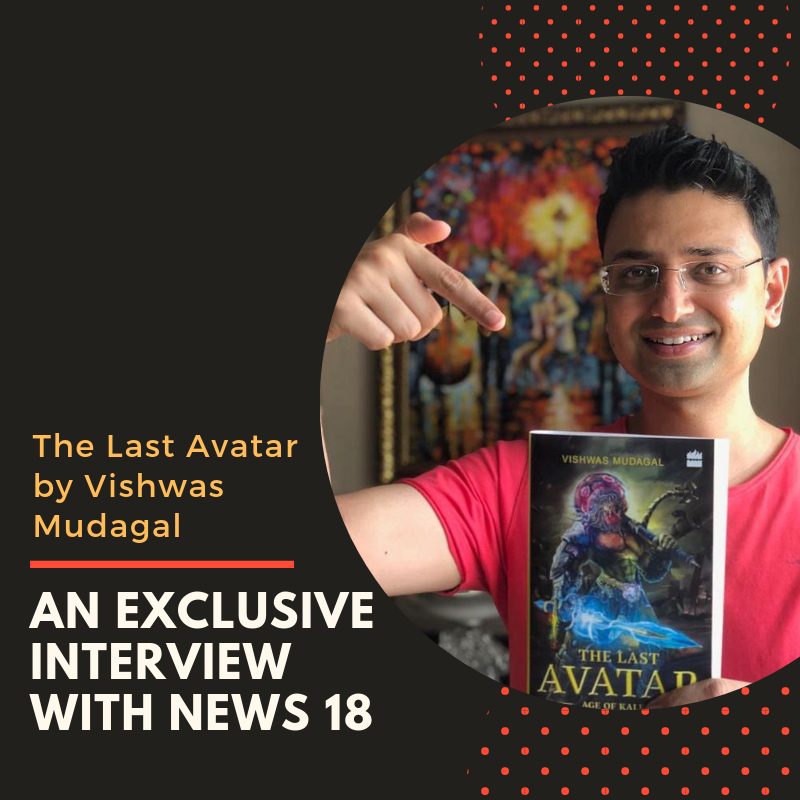 I wanted to create a true Indian Superhero that is deep-rooted in our ancient Hindu mythology and tradition.

In this exclusive interview with News 18, Vishwas Mudagal spills some beans about his new book – The Last Avatar and also tells readers why he decided to write a Trilogy on the Kalki Avatar.

“I was fed up with Hollywood superheroes”, quotes Mudagal. One of his biggest motivation to write the trilogy on the Kalki Avatar was his dream and passion to create a true Indian superhero. This formed the premise of his trilogy and his new book – The Last Avatar.

The Last Avatar which is the first part of the Age of Kalki Trilogy is a futuristic novel with an interesting mix of fantasy, science fiction, and Hindu Mythology.

In the not-so-distant future, as the world falls victim to an apocalyptic war, a deadly sting operation by the terrorist group Invisible Hand brutally eliminates the Indian prime minister and the union cabinet. A national emergency is declared, while chaos, fear and death reign across the country.

Against the backdrop of falling democracies around the world, an unconventional hero emerges – a vigilante known only as Kalki. Backed by a secret society called The Rudras, Kalki, along with Nushen, the Chinese superhuman spy, must do the impossible to save his country and the world.

In this war to the end, will Kalki become the living God prophesied as the last avatar of Lord Vishnu, or will he fade away as an outlaw?