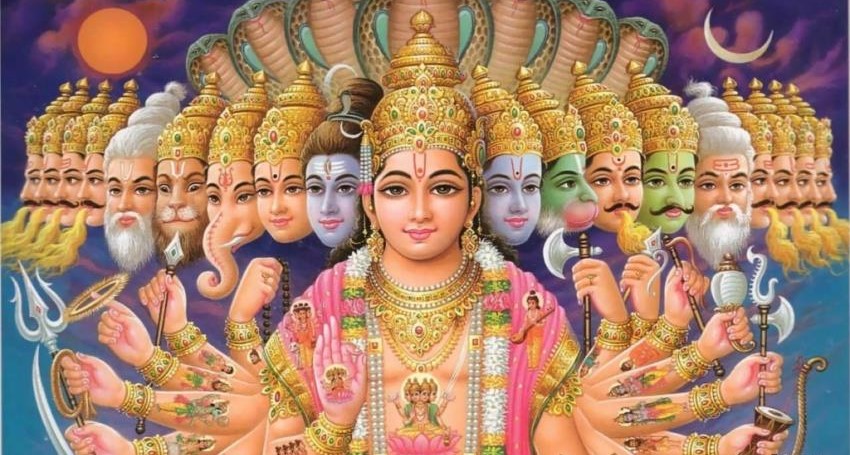 ``If you want to see brave, look at those who can forgive`` - The Bahagavad Gita

Lord Vishnu is one of the trinity of Hindu religion along with Lord Brahma and Lord Shiva. Lord Vishnu is said to be the protector and preserver. As per Hinduism, it is said that whenever humanity is threatened by the evil Lord Vishnu had come to earth in one of his reincarnations for restoring the balance between the good and evil.

This reincarnation of Lord Vishnu is said to be Avatars and according to Hindu scriptures, there are ten avatars of Vishnu. In this blog, we will discuss all the ten Avatars of Vishnu in detail.

1. Matsya (The Fish): The first Avatar of Lord Vishnu 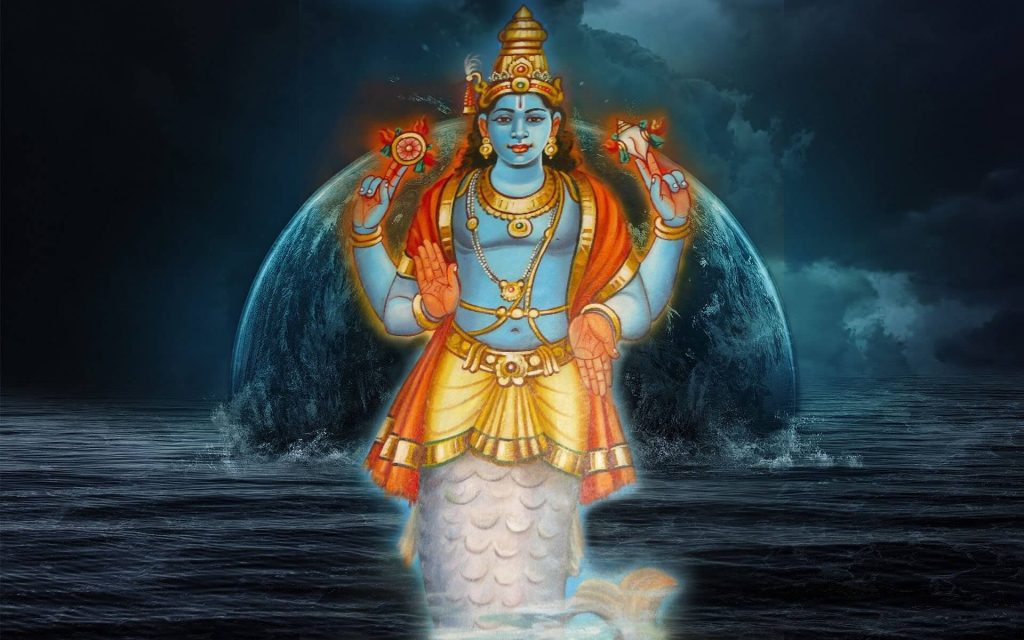 It is believed in Hindu religion that Matsya is the first avatar of Lord Vishnu who came to the earth for saving man and other creatures of the earth from the largest cyclone. As per Hinduism, it is seen that Matsya is portrayed as a great fish in which the upper part of the human body is connected to the tail of the fish.

According to Hinduism, it is said that Matsya has cautioned man about the flood that would come in the coming days and ordered the man to preserve all the living creatures as well as grains that were there in the boat. It is believed that Matsya appeared in the Satya Yuga.

2. Kurma (The Tortoise): The second Avatar of Lord Vishnu 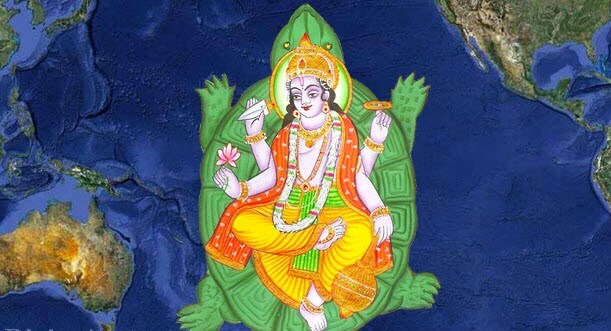 Kurma is believed to be the second incarnation of Lord Vishnu. It is said that Kurma also appeared in the Satya Yuga. According to Hinduism, it is said that when Devatas and Asuras were agitating the ocean for getting the nectar of immortality, Lord Vishnu appeared on the earth and took the form of a turtle and bear the weight of the mountain and supported the churning stick on his back.  You can find the portrait of Kurma avatar of Lord Vishnu in a mixed human-animal form.

3. Varaha (The Boar): The third Avatar of Lord Vishnu 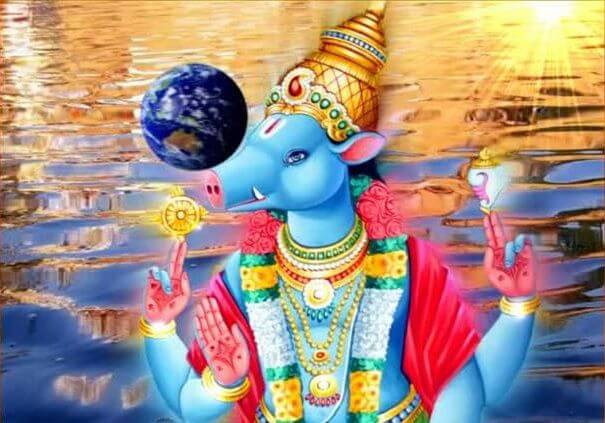 According to Hinduism, Varaha, the boar is the third avatar of Lord Vishnu who also appeared on the Earth during the Satya Yuga. It is said that Lord Vishnu appeared as Varaha to defeat the demon Hiranyaksha who had taken the earth to the bottom of the Cosmic Ocean.

After that, a huge battle took place between Hiranyaksha and Varaha that lasted for 1000 years and finally Varaha raised the earth from the water with his tusks. You can see the portrait of Varaha as boar head appeared on a human body.

4. Narasimha (The Lion): The fourth Avatar of Lord Vishnu 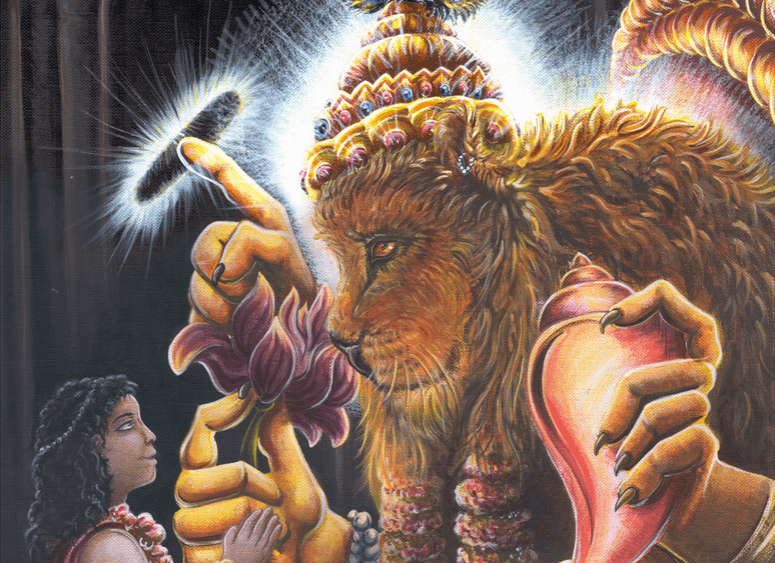 Narasimha is the fourth incarnation of Lord Vishnu who also appeared in the Satya Yuga. When Varaha defeated the demon Hiranyakskha and saved the earth from him. Narasimha got a boon from Lord Brahma that no human or any creature on the earth can kill him by any means. Getting that inordinate, Narasimha started to trouble everyone on both earth and heaven.

Prahlada, who was the son of Hiranyakskha and was a devotee of Lord Vishnu. As a result, Hiranyakskha hated Prahlada. One day when Prahlada was thrown down the gauntlet by Hiranyakskha, Lord Vishnu appeared in the form of half man- half lion and killed the demon.

5. Vamana (The Dwarf): The fifth Avatar of Lord Vishnu 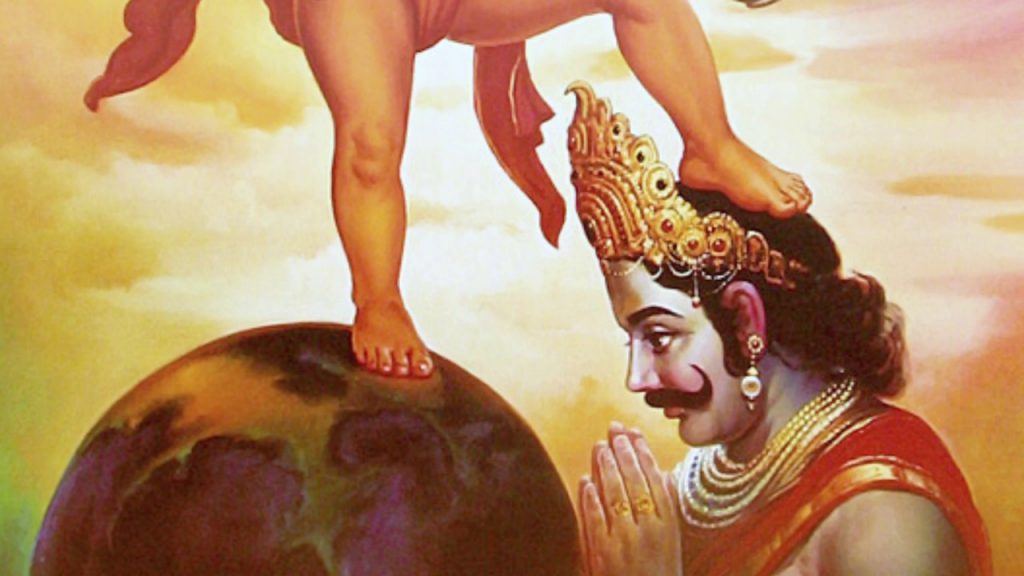 Vamana is the fifth avatar of Lord Vishnu and it is believed that he appeared in the Treta Yuga. The descendant of Hiranyakskha King Bali defeated Indra and extended his power over three worlds.

According to Hinduism, it is said that once Vamana appeared in the court of King Bali and asked for as much land as he could cover in his three steps. Bali laughed a lot on the dwarf and promised to grant him his wish. Then Vamana took the form of a giant and took the whole earth with his first step, took the middle world with the second step and sent Bali down to the underworld with his third step.

6. Parasurama (The Angry Man): The sixth Avatar of Lord Vishnu 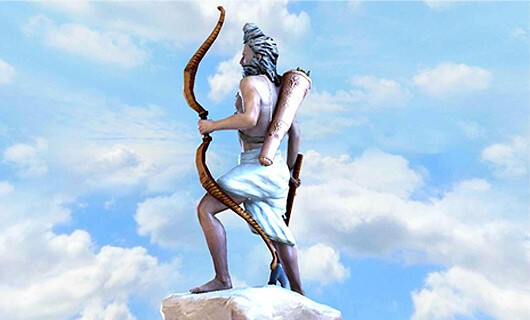 The sixth avatar of Lord Vishnu, Parasurama appeared as a priest for saving the whole world from the hand of the bad kings and safeguarding the humanity from the danger in the last of TretaYuga. This time Lord Vishnu appeared on the earth in the form of a man having an ax in his hand.  He played the role of mentor of Pandavas during the Mahabharata War. 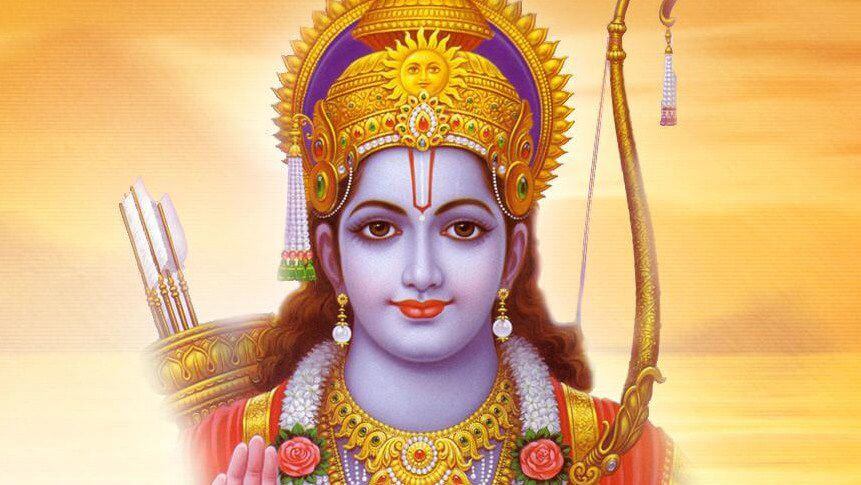 Lord Rama is the seventh avatar of Lord Vishnu who appeared in the Treat Yuga. Lord Rama is the avatar of Vishnu which taught all kings that citizen and their welfare are upper than the family and to all human being that order of every elder must be obeyed.

Lord Rama defeated and killed the demon King Ravana and saved his wife Sita who was captured by Ravana in the Ashoka garden of Sri Lanka. Lord Krishna is the eight avatar of Lord Vishnu who came to the earth for protecting his devotees and saves the world from demonic politicians.

In Hinduism, Krishna is the most worshiped deities. He used to play flute in his childhood days. Lord Krishna is depicted in various forms and there are numerous stories surrounding him. Lord Buddha is believed to be the ninth avatar of Lord Vishnu.  He born as a prince but he had left the royal responsibilities and his families for realizing the complete enlightenment.

It is believed that Lord Buddha had incarnated as Buddha for dissuading the demons for performing Yagyas which was actually insisted by Shukracharya, the teacher of demons for regaining their power and authority. 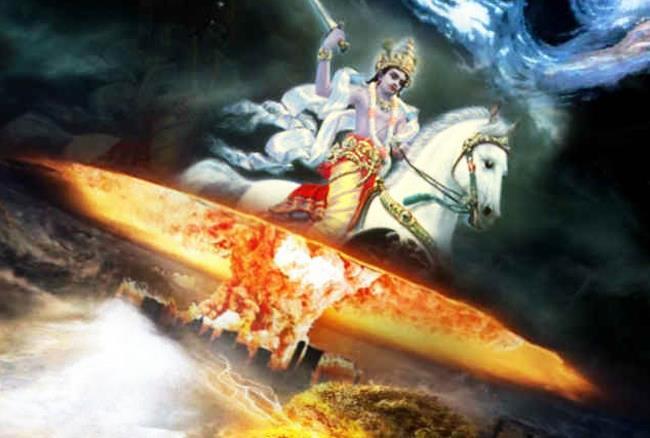 So these are the 10 avatars of  Lord Vishnu, The Last Avatar by Vishwas Mudagal is one of the most popular books on the Kalki Avatar. Read it to know more about how Kalki, the last avatar of Vishnu will save a world that is destined to destroy itself.