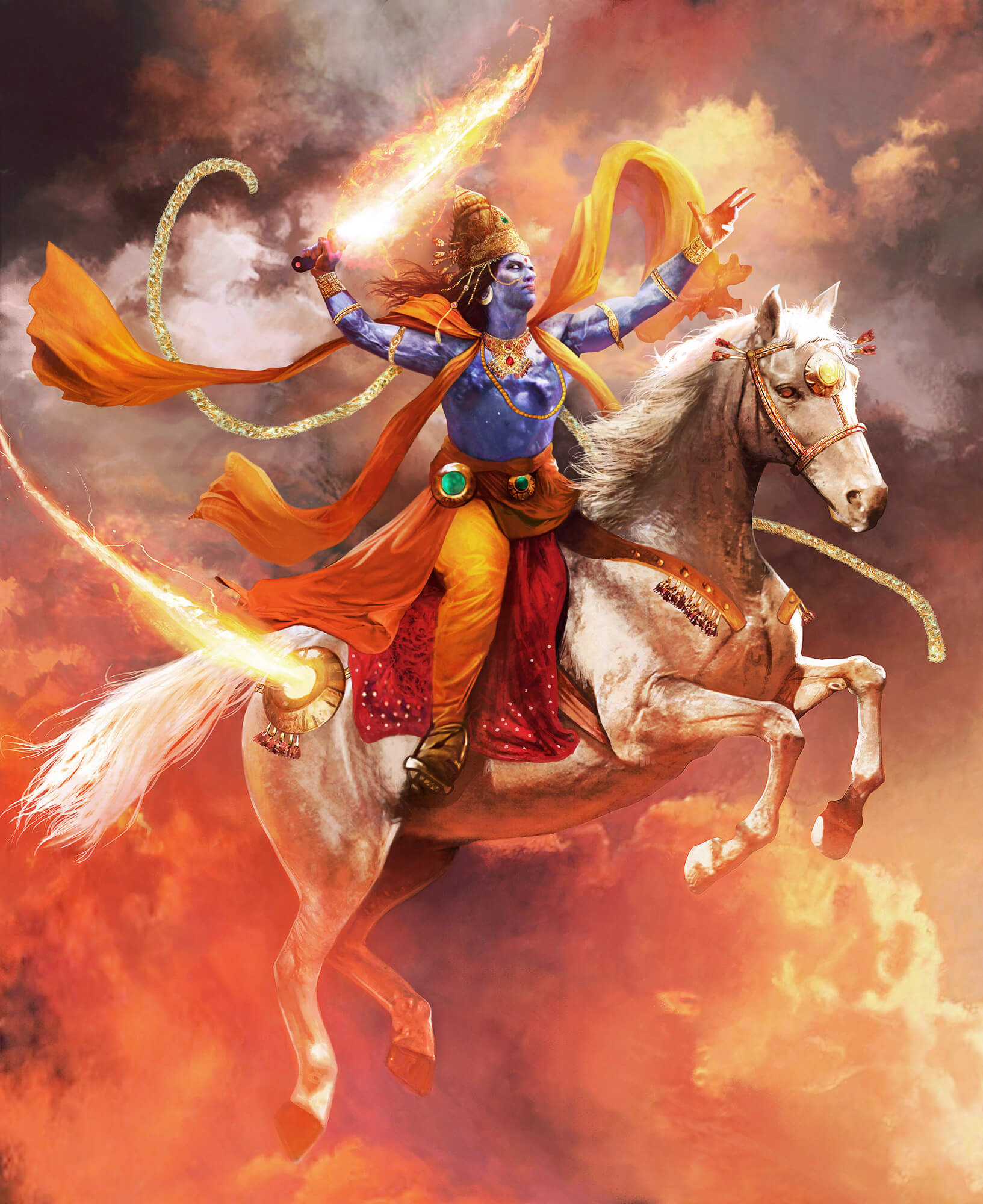 In Hinduism, Lord Vishnu is one of the triumvirates of God namely Brahma, Vishnu and Maheshwar. Among these three triumvirates of God Lord Brahma is believed to be the creator of the universe, Lord Maheshwar, i.e., Lord Shiva is known to the destroyer and Lord Vishnu is believed to be the preserver or protector of the whole universe.

Hindus depicted the picture of Lord Vishnu as reclining on a large snake bed in the Cosmos Ocean where he is in deep meditative sleep along with Lakshmi who is offering her service to the Lord Vishnu.

In this article, we will come up with some interesting facts about the Kalki avatar of Lord Vishnu which are hardly known to the people. 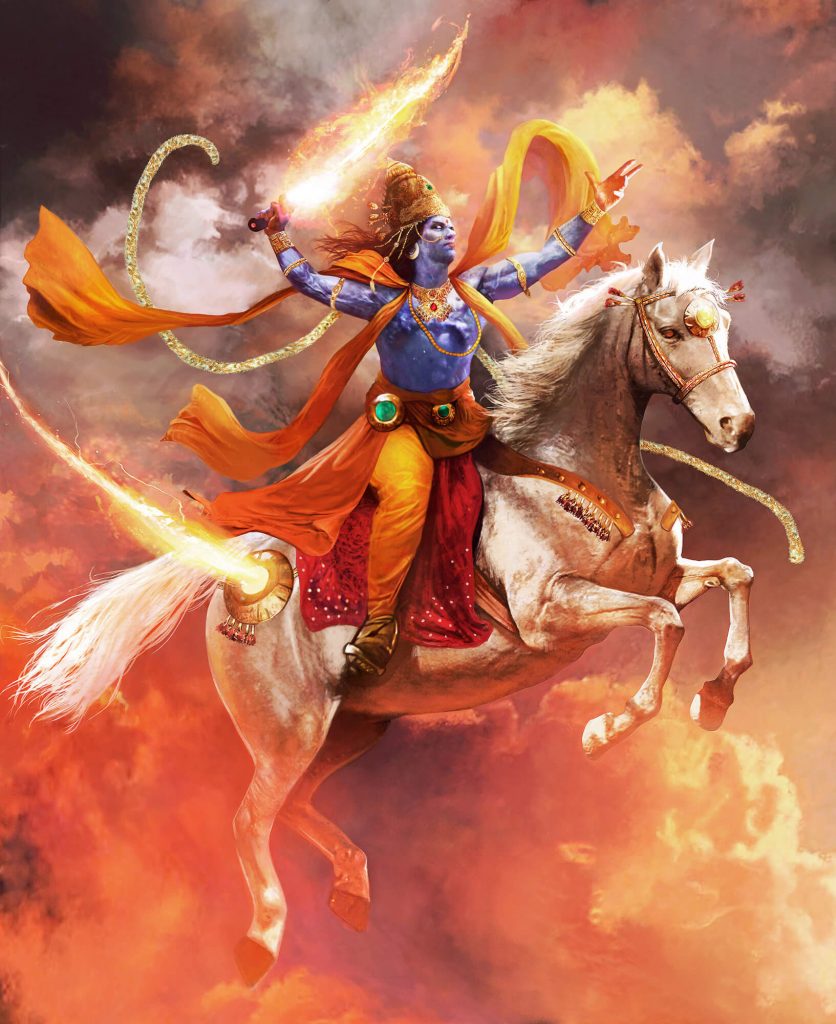 1. The appearance of Kalki Avatar of Lord Vishnu

It is said in the Srimad Bhagavatam that during the end of the Kali-yuga the incarnation or avatar of Lord Vishnu will arrive on the Earth. In Hinduism, it is believed that there are four yugas namely Satya Yuga, Treta Yuga, Dvapara Yuga, and Kali Yuga. These four cycles rotate just like our calendar months.

It is said that the present age is the Kali Yuga and it will last for 432000 years. It is believed that we have already passed 5000 years from the battle of Kurukshetra. That means there are still 427000 years left and it is said in Srimad Bhagavatam the Lord Kalki will arrive at the end of the Kali-yuga.

2. Reason for appearing of Lord Vishnu as Lord Kalki in the Kali Yuga

The Asuras escaped and ran to the wife of sage Bhrigu for shelter whose name was Kavyamata. During that time, Kavyamata immobilized Indra with the help of her Yogic powers and thus she could safeguard the Ashuras.

When sage Bhrigu returned and saw the devastating condition of his wife he got very furious on Lord Vishnu and cursed him that he will bear on the earth for several times and suffer the pain of the death of near and dear ones.

It is due to this curse of Maharishi Bhrigu Lord Vishnu had to appear on Earth again and again and whenever he arrives on the earth he destroys the evil on the earth. It is believed that Lord Vishnu will appear for the last time as Lord Kalki during the end of Kali-yuga when evil will be rampant upon the earth and will restore peacefulness by killing all evils.

Nostradamus was a great astrologer and whatever he had predicted has always become true. According to his prediction, it was found that a person will bear with immense power will bear in the world whose holy day will be Thursday and he will rule in the whole world on both land and sea.

He will be the only person who will free the world from all trouble. According to Nostradamus this great person will come down from his throne and will move through the sea and air for striking the evil ones with his rod.

As per Srimad Bhagavatam, Lord Kalki has many similarities about what Nostradamus had predicted. It is believed in Hindu religion that when Lord Kalki will appear he will destroy his enemies with his weapon.

4. The Mission of Lord Kalki

Apart from that, it is also said that Lord Kalki would defeat the Kings called to Koli and hand over the rule to Devapi and Maru the religious king of Koli yugas.

That means it can be guessed that he will appear at any time from 26th April to 15th May. It is also predicted that the Lord Kalki will be born to a man who would be named Visnu Yasa and his mother would be named as Sumati.

It is also believed that Lord Kalki would go to Sinhala and marry the Padma and would start his conjugal life.